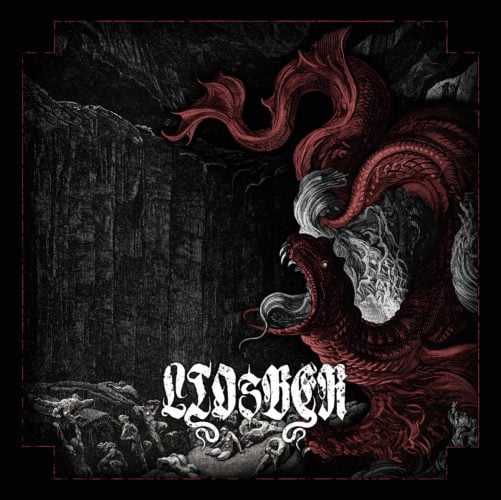 "Liosber is a band of Danish black metal veterans (who include members of Horned Almighty), a project that has been fermenting for the last five years in the shadows and now has come to fruition in the form of a four-track EP named Constrictor:Redeemer.

I began this Part by roughly characterizing the music within as demonic, and that certainly applies to the berserker rampages that Liosber throw themselves into. But while the drumming and bass-work are fast as greased lightning and the riffing is often equally fleet and fiery, the melodies in the music do have a sweeping quality, as if capturing gales of flame rushing across the skies.

The songs are also multi-faceted as well as packed with memorable hooks, veering from the sound of grand conflagrations into doom-stricken scenes of plague-driven fear and wailing grief, or of black incantations being woven in the ether. Even in those passages, the music is almost theatrically dramatic, so much so that listening to the EP is like witnessing a tragic pageant, full of fire and fury, of devastation and desolation, and of the intrusion of infernal powers into our mundane world.

It won’t take you long to realize that Liosber‘s song-craft is of a high order, as are their performances. It’s entirely believable that the members are veterans." no clean singing